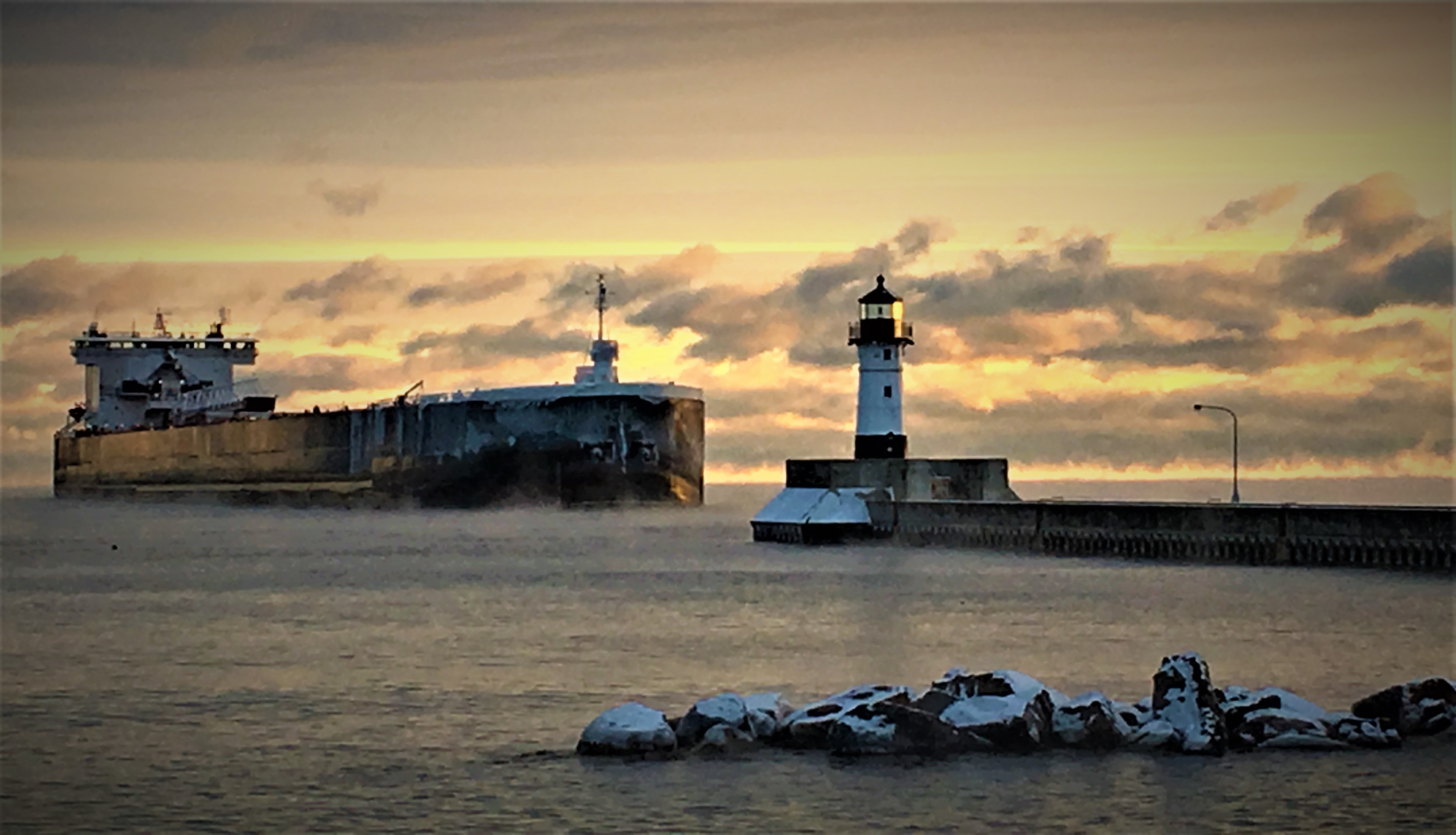 The anticipated departure of six vessels this week signals a strong start to the 2018 commercial shipping season for the Port of Duluth-Superior and the entire region. All will be leaving their winter berths to load iron ore for delivery to steel mills on the Lower Great Lakes—this nation’s industrial heartland.

U.S. Coast Guard cutter Alder made several passes through the ice in the shipping channels last week, and, starting today, Heritage Marine tugs will be assisting with breakout operations in the harbor.

Exact departure times are difficult to pinpoint during start-up, especially with strong winds and shifting ice conditions plus final onboard inspections in progress. At this point, it appears that the first commercial vessel to leave will be the tug/barge that wintered at the Clure Public Marine Terminal. The crew of the Erie Trader/ Clyde S. VanEnkevort hopes to get underway by noon Tuesday, March 20, heading to the CN dock in Two Harbors to load iron ore.