Welcome to the least stressed city in the nation

Home / Welcome to the least stressed city in the nation 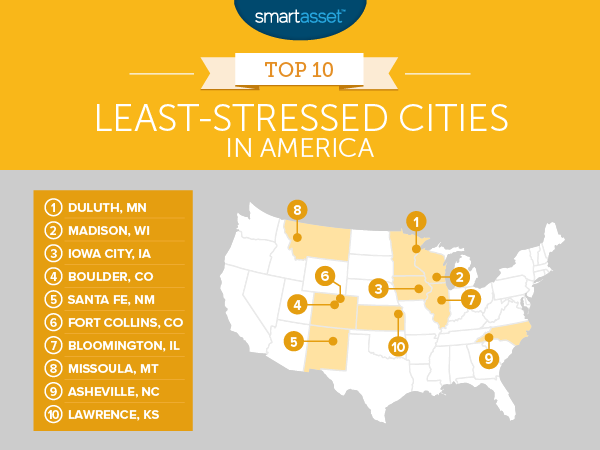 Who could possibly be stressed living in Duluth? Who doesn’t love sliding down steep icy hills, dodging potholes and wondering if your car will start because of it being so cold?

Come on, those are the only negatives about living in the amazing city! I mean who doesn’t love grabbing a bite to eat and looking out at the largest fresh body of water, hearing the horn of incoming cargo ships, and getting to walk for miles along the Lake Superior coast! There is so much to love about this city, no wonder its people are the least stressed!

According to a study done by a financial technology company called SmartAssest, Duluth was named the “least-stressed’ city in America last week. Duluth jumped to number one after coming in third the last two years.

In order to get the results, SmartAssest analyzed 512 cities for stress factors like average hours worked each week, commute time, unemployment rate, bankruptcy rate, housing costs, hours of sleep per night ad a few others.

Duluth’s numbers were as followed: Apart from being named the “least-stressed” city in the nation, Duluth has also been named the “Fittest City” in the nation by Fitbit fitness, and one of the “best outdoors town” from Outside magazine in 2014.

Those are just some of the many reasons why Duluth is the best city! The next time you are wondering around Duluth, just think there aren’t many other places in the nation that have this much beauty in their own backyard!